January 18, 2014
The biggest crochet project I've ever worked on was a book of 75 knit and crochet patterns representing marine life, published a little over a year ago now. Interestingly (and somewhat tragically), the patterns I was most excited about were the ones that had a lukewarm reception at the publishing company. I was hoping they might appear grouped together in a spread called "Under the Microscope," but instead they got cut from the manuscript altogether because they were predicted to draw little interest from the average reader. That's probably true, but I'd like to release them here in the hopes that someone (perhaps on the internet's long tail of bio-nerdiness) can have fun with them!

Not only are diatoms awesome in and of themselves, but their complex shapes prompted me to learn some interesting lacework techniques in the quest to approximate them in yarn, which I wrote about here. Also, I had a great time constructing the radiolaria. I think you will too!

So, I put together one pdf containing all 11 of these patterns. They're basically in the format I supplied to the publishing company: the patterns are abbreviated, but there is a hand-drawn chart for each one. There's also a legend included on page 2 to help you decipher the text and charts.

PDF of Lacework Diatoms (EDIT: please first click on the link normally to go to Dropbox, then use their download link on that page. If you save-as the pdf at this address directly, you'll get a corrupted file.)

The whole thing is released under a CC BY-SA license. Enjoy!
Free patterns

chocolategirl64 said…
I'm the sort of quirky person who would buy a book just for things like this!
I tried downloading your pdf to my dropbox but it's just a blank page?
what do publishers know eh?

Jessica Polka said…
Thanks so much for your comment! Are you able to just click on the link (rather than right-clicking and hitting "save as") and then use the dropbox "download" button?

chocolategirl64 said…
ah I had to do it as a direct download instead of adding it to my dropbox! thank you for the pattern, now all I need is some time between projects to try them :-)
January 20, 2014 at 3:51 AM

Beverly Tomov said…
This is fantastic. Thank you. I just bought your book as well.

Unknown said…
Thank you! Who isn't inspired by the diversity and funky geometry of diatoms?
April 7, 2014 at 9:43 PM

WooferGrafix said…
Great diatom patterns, thanks. I especially enjoyed several that were the same type as some ceramic diatoms I made a few years back. Just wondering, is the Jellyfish (No. 65) pattern in the 75 Seashells, Fish, Coral book?

luv2sew said…
Thanks for the free patterns! Since taking a microbiology class in nursing school, I've been fascinated by diatoms. It's actually one of my online user names. 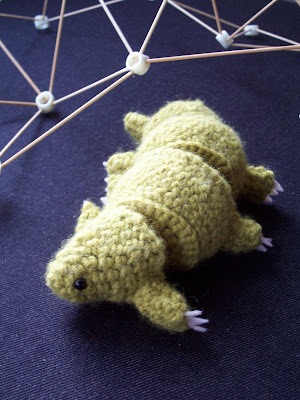 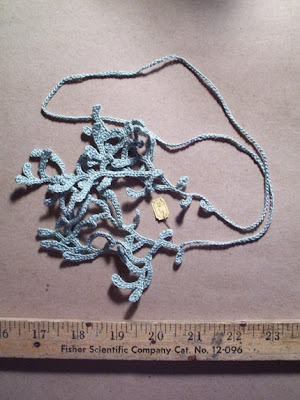